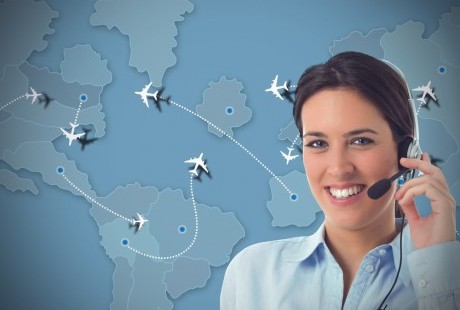 05/22/2017
INTRODUCTION
We have written before about the nature of airline routes.Ordinarily, the come and they go. Some routes prove competitive and stay on the books, other fares less well and disappear.Airlines are always hard at work analyzing data, we have discussed before the fact that if a would-be passenger searches for an unused destination it is recorded and such data used in aviation route planning.Still others are relegated to seasonal mode.This last group is mainly summer holiday and winter skiing destinations.So let's take a peek at what some of the airlines will be offering in 2017:
BILBAO SET TO EXPAND
One popular aviation website publishes the top unused route every week. This week, for your information, it is Bilbao in Spain to Athens with over 110,000 searches. Serving over four million passengers a year, Low-Cost Carrier Vueling has invested substantially in the airport and this new service looks more than likely. It is also hosting the 'Routes Europe 2018' Conference.
Bilbao is the major airport for the Basque country and serves forty European destinations. There is ample opportunity for long-haul routes, opening up Northern Spain.The top route at the moment is New York with 25,000 indirect journeys.Bilbao is also an excellent point to disembark for South-Western France, as well as European transfers to places such as Prague.
QATAR EXPANDS STILL FURTHER
Qatar Airways is offering a thrice daily Bali-Denpasar run (upgraded from twice), which serves the vast demand from Australian, American and European tourists for the beaches of Indonesia.The new service will feature a Boeing Dreamliner which is state of the art in travel technology at the minute. American tourists, particularly from the West coast are showing considerable interest in this tropical paradise. Los Angeles and San Francisco offer flights.
Also, Qatar will be offering an improved Doha-Cyprus flight.Flights to this Greek-Turkish island, just off the coast of Turkey, will improve from ten times a week to twelve.
Although a divided island (the North is Turkish,  the South Greek) there are high hopes for a reunion soon, as old quarrels die down.Even despite the political problems, Cyprus has undergone something of a boom, as its white sandy beaches, luxury hotels and ever popular Casino's attract large numbers of Russian, Arab, and Israel tourists, particularly to the Greek side. The Island is also a perennial favorite with Europeans, especially Brits.
LUFTHANSA NIGHT FLIGHT TO MALTA
Lufthansa's new routes include a late night Malta flight in addition to its other services.Malta may be slightly off the radar for US tourists, but this small island with a mixed Arab, Phoenician and Southern European population has a rich history.
Guarded from their Maltese fortress by the Knights of St.John and one of the stopping-off points for the Crusades, Malta was for a long time a British Colony and the whole Island received an award (The George Cross) for their bravery under German bombardment in World War Two.Aspects of British culture permeate the whole of Malta.The Island is a regular holiday choice for British tourists, beaches like St John's Bay are crowded in the summer. It is a little bit ironic that Malta is now so popular with Germans!.
Lufthansa has also upgraded its daily Frankfurt-Washington Dulles flight to an Airbus.
TURKISH GET BUSY
Meanwhile, Turkish Airlines have been busy bees with new codeshare agreements with Copa Airlines.The Star Alliance members will work together on Central and South American routes.Turkish will also codeshare with Air Namibia and Hawaiian Airways.
New services have been launched between Munich and Stuttgart to Ordu-Giresun.Before you ask Ordu-Giresun is an airport on the Turkish Black Sea Coast. Its main claim to fame is that it is constructed on an artificial island, and is only the third of its kind, in the world.Turkish only rival on the Stuttgart route will be holiday carrier SunExpress.
As part of the Turkish Black Sea  coast (as you may have gathered by now) the area is popular with German Tourists.This part of North-East Turkey is less well explored than the Southern coast around Marmaris etc. It also links the area with the substantial Turkish population in Germany.Sun Express also offers Cologne and Dusseldorf services.
<< Back