Fun Facts that may make you want to travel 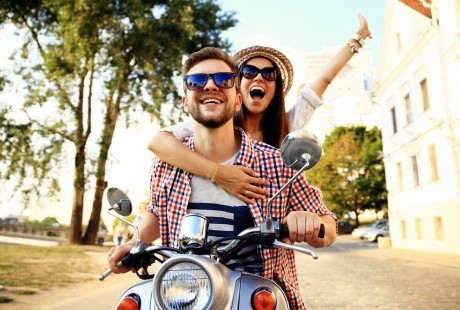 05/18/2017
INTRODUCTION
You are probably looking through websites and maybe some brochures for that ideal vacation spot.It is not always easy there is so much to choose from, and perhaps it's a little confusing.To put some clarity to the matter, we decided to offer you some fascinating, but mainly curious, travel facts:
Animals: If you love animals (and like humans rather less) than the Falkland Islands may be the place for you. Here sheep outnumber people by 200:1. The Islands are also home to thousands of penguins.It is a hotspot for ecological tourism, though the same cannot be said for the climate !.
India is also big on animals, particularly cows all 270 million of them, as the cow is sacred in the Hindu religion.On no account disturb a cow !.
For Forest lovers, Siberia is a must. It has mile after mile of dense forest, and the area is the world's foremost producer of Oxygen, making the local air spectacularly clean.The same, however, cannot be said of Haiti which has virtually no forest, due to unchecked logging.
Swimmers will be deeply disappointed with Saudi Arabia, which wins the rather unfortunate prize for having absolutely no rivers.Libya also puts in an appearance for being 99% desert !. We should add here that Libya does have a Mediterranean coast and Saudi Arabia has the Gulf.

However, due to visa restrictions, it is virtually impossible to go on holiday to Saudi Arabia, unless working there or on a pilgrimage to Mecca.
Closer to home, lovers of Lakes should look no further than Canada, which has a whopping 60% of the world's lakes. Norway also makes extensive use of its water resources with 99% of its energy coming from renewable sources mainly hydropower.
For a Hotel, you can get lost in, visit Moscow's Hotel Supreme. Among its 7,500 beds and 5,000 rooms, a map is a must.
Dedicated Vulcanologists will probably be looking at Indonesia. Here there are 127 active volcanoes, Indonesia is a fairly densely populated country, and it is a chastening thought that, rather like Pompeii and Vesuvius, large urban centers are near to massive seismic activity. Seemingly unfazed, the people just get on with life !.
They are Big !.
Americans are famously overweight, but the Pacific Republic of Nauru makes the U.S.A. look positively sylph-like, with 95% of the population being classed as obese. This is due to a reliance on imported high-fat Western foodstuffs.
A Small Alphabet Soup
For brevity, you cannot beat Hawaii, where the alphabet consists of only thirteen letters.How it is pronounced is a different matter !.
Islands Galore
You may think that Island hopping is confined to Greece.However, you will not be able to hop around all the islands of Finland which boasts 180,000 of them. Finland's islands are best viewed in the summer when temperatures average in the low twenties Celsius. Winter is obviously a no-no.
Funny Melons
An interesting fact about Japan, aside from the Bonsai trees, wooden pagodas and natural beauty, is that they produce the world's only square watermelons.Possible benefits we guess include ease of storage.
The Prize for Friendliness
For a friendly welcome, you cannot beat Iceland. You would have thought that this frozen land in the north Atlantic might be a sad place, but you were wrong.Indeed their cousins, the Danes, are supposed to be the happiest people in the world.
JAWS
Returning to our earlier subject of swimming, you do not want to go swimming in the waters of the Pacific Islands of Palau. Here is the world's first Shark Sanctuary spanning 600,000 square miles of water. Probably best viewed from a very sturdy boat.
RECORD BREAKERS
Dubai is a land of record breakers. It has more cranes than anywhere else due to the never ending construction boom (20% of the world's cranes are here).It has the world's tallest building, largest aquarium, biggest shopping Mall, and tallest Hotel. You will probably have seen the pictures of the second largest Marina in the world, housing some of the biggest yachts ever built.
LAND OF SONG
Singers will probably want to get their head round the Greek national anthem, which has a mind-boggling 158 verses.Like a lot of longer national anthems, not all of it is sung.Otherwise, soccer matches would never start !.
MIND THE WINE
Certain kinds of rice wine might be avoided in Vietnam as they are flavored with whole snake. The reasoning is that it is meant to improve health and virility.We, however, are doubtful !.
<< Back