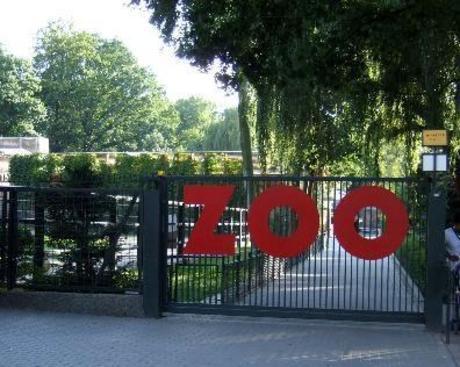 Though the Krakow Zoo may not be as big as the one in Wroclaw – the most famous of Polish Zoos – it is certainly a great place for any Krakow visitor demanding contact with nature more diversified than just one species – the Krakow pigeons. The Krakow Zoo is located on the outskirts of Krakow (although just a few kilometers away from the Old Town), in the center of the green Wolski Forest (Lasek Wolski) that separates the animals and their guests from the noise of the city. The Krakow Zoo's cozy, unique atmosphere lures about 300 thousand tourists to it every year.


As early as in the 15th century, the Polish kings residing in the Wawel Castle in Krakow held collections of wild animals, including lions, a certain must-have for every monarch. The first Polish pair was brought to Krakow in 1406 from Florence. The real history of the Krakow Zoo begins four centuries later, when a small menagerie was created in the Krakow municipal park in 1895, only to be closed a few years later. The Krakow Zoo in the Lasek Wolski was established in 1929, and at that time it contained about 200 animals. During World War II, some of the species were taken away from Krakow by the Nazis and moved to the Berlin Zoo. The post-war restoration and development of the Krakow Zoo included an enlargement of its area and the number of animals.


The Krakow Zoo currently contains about 1500 animals of over 200 species, including some 600 birds and 400 mammals. Participating in many national and international programs helping to save and re-introduce endangered species, the Krakow Zoo helped in the re-introduction of the Eurasian Lynx and the European Pond Terrapin. Other species bred in captivity in the Krakow Zoo are wild cats, including snow and Chinese leopards and jaguars, as well as chimpanzees, condors, gibbons, addax antelopes and fennec foxes. Other species living in the Krakow Zoo include camels, meerkats, llamas, buffaloes, bisons, elephants and Przewalski horses. The Zoo's reptile house contains various reptiles, including caimans, snakes and turtles, and a collection of amphibians and exotic fish.


The Krakow Zoo is open daily from 9a.m. until 7p.m., but the ticket office closes at 6p.m. The tickets to the Krakow Zoo cost 14 zloty (regular) and 7 zloty (discount). The Krakow Zoo is on Kasy Oszczednosci Miasta Krakowa Street 14, in the Lasek Wolski. By car, take the Krolowej Jadwigi Street from the Hotel Cracovia, then turn left into 28 Lipca 1943 Street. A Cracow Municipal Bus will take you from the Cracovia bus stop on Kaluzy Street to the Krakow Zoo every half hour on weekdays and every 15 minutes on Saturdays and Sundays.