Negotiating your way around Holiday strikes 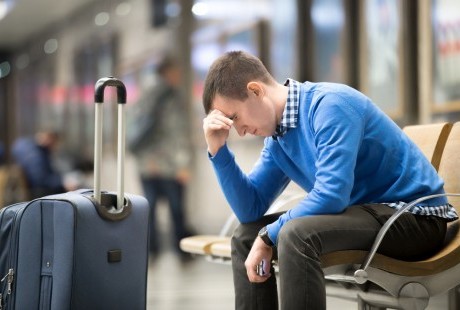 07/21/2017
BAD NEWS FOR TRAVELERS IN GREECE
Travelers expecting to make journeys around Greek airspace are in for a disappointment today (Wednesday 17th May) as a strike will call a halt to virtually all services.Traffic controllers have gone on strike as part of a nationwide walkout of public sector unions (GSEE and ADEDY).Controllers plan further strikes over the next few days, ending on Friday.
Although the stoppages will only be for four hours a day, the nature of the aviation industry is such that it might as well be all day, as the disruption is just as bad. Planes are in the wrong place, and consequently, cancellations and delays occur. There will be no flights between 11 am and   3 pm. These are peak times for taking off and landing.
To add to travelers woes, the Hellenic Seamans Federation is calling a 48-hour strike for Wednesday and Thursday.This will probably mean that ferry services ground to a halt, so travel around the islands should be postponed.Obviously, travel by plane to the islands is impossible.
This disruption is a particular nightmare for travelers trying to make airport connections from the islands for after the end of the dispute on Saturday. That journey is going to be tricky, if nigh on impossible, task as hundreds clamor to board the first post-strike ferries.We can only wish those poor people good luck.
And, as luck will have it the Hellenic Seamans Union has now extended the strike until Friday.If you are in the Greek capital Athens, you should also expect problems with public transport, as this is run by the state.All these strikes appear to be a protest against yet more Austerity measures in Greece.
LIFE GOES ON
An important thing for tourists or travelers to note is that Greek people are well used to strikes and simply find ways to work around them.Life goes on; things do not grind to a halt, think like a Greek; sit back in a Taverna and sip a coffee and forget about the disruption.Strikes do not bring everything to a halt, however, if you plan to visit a museum or the Acropolis forget about it as these are likely to be affected by the industrial action.Normally, it takes twenty-four hours of absolutely everything to be on strike for Greek society to really come to a halt.
Some protests may occur in Athens, as well as other major Greek cities, but they are directed against the government, not foreigners, so just treat them as a curiosity.It could be argued that the strikes hurt the image of Greece internationally. Certainly, tourists returning from this disruption will hardly convey a very positive image of the country.
However, across the Mediterranean, strikes are a common way of expressing dissent; either of pay and conditions or, in the Greek context, the black cloud of Austerity that has hung over the country for, seemingly, forever.
THERE IS A BRIGHT SIDE
It is very important to note that Greeks are very welcoming to tourists. The Tourist industry is the 'bread and butter' of the Greek economy. In the past few years, a series of bad news stories about Greece (mainly refugees and austerity-related news) have seen tourist numbers plummet.Conversely, this has seen unprecedented falls in price for everything from a meal to hotel rates. This means that Greece is now the cheapest European holiday destination (after Portugal and Bulgaria).
Let's be brutally frank and observe that these restaurants, shops, taverna's and other business are struggling to keep their heads above water and desperately need your custom. You will find the staff helpful and friendly, as well as a great source of local information on where to find essentials and how to get around.
GET TRAVEL INSURANCE
What situations like this do illustrate is the need to get travel insurance.Some airlines cover you if your flight is canceled due to an air traffic control strike.However, they may not cover you for additional hotel accommodation and other expenses, which could leave you substantially out of pocket. For a comparatively small amount of money, you can have the peace of mind that you are covered for these eventualities.
The strikes in Greece are not the first, and they won't be the last in the Travel Industry. There are regular strikes by French Air Traffic Controllers, and airlines have a long history of staff disputes. These are the exception, not the rule, and most journeys are smooth ones.
<< Back