Flights to Varna and Burgas Airports 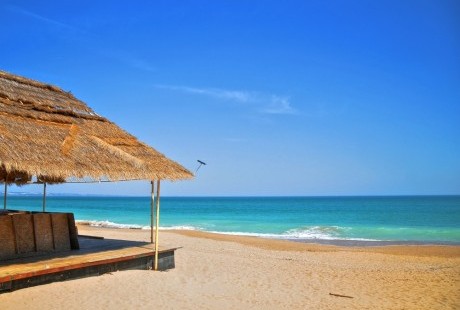 08/11/2017
The Gateways to the Black Sea are Varna and Burgas Airports.
Overview
The airports are just over two hours, or 170km, apart by car. Burgas airport is about 10km North of Burgas; Varna is 4km South of the city center.To travel from Varna to Burgas by car is about two and a half hours, by bus is just under three hours (buses stop at Burgas Airport). Mainly the airports are seasonal, that is to say, they are for summer charter flights or simply in the summer months. However, increasingly there are many new flights all year round. Here we will explore the available options to get the best flights to the Black Sea.
Varna Airport
Varna is the second airport of Bulgaria and, thus, has a much wider range of destinations than Burgas. Most importantly (for long-haul connections) Varna airport has about five flights a day to the capital Sofia, four of which are provided by Bulgaria Air, and one by Wizzair. With this number of flights, there is the potential for numerous connections to other European and world destinations. The Istanbul service is an important world connection, as Istanbul airport is Turkish Airlines world hub, providing one-stop connections to the U.S.A; such as New York and Miami.
Varna airport is the place to access the North Black Sea resorts of Golden Sands and Albena (the oldest Black Sea resort) and the towns of Kranevo and Balchik. The county town of Dobrich is also close by and, of course, Varna city itself. There are some interesting places to see in Varna; such as the Euxiongrad Palace near Golden Sands and the Thracian Gold Museum just off the main Boulevard Maria Luisa. Just outside Varna, near Shumen, is the famous 'Petrified Forest.'
Millionth Passengers
On August 2nd, 2017, at 2.40pm, the lucky Weissman family arrived on a charter flight from Dusseldorf and were duly spoilt with gifts as the millionth passengers for 2017.
New Wizz Air flights link Varna to Dortmund and Munich Memmingen in Germany, Eindhoven in the Netherlands, Larnaca in Cyprus, Milan Bergamo in Italy and Tel Aviv in Israel. The frequency of flights of the most popular route: the London-Luton service, has increased to 10 flights a week. Daily flights from Varna to Sofia have also become a reality for Wizzair.The competition with Bulgaria Air should keep prices flat on this popular domestic route, the six-hour bus drive from Sofia to Varna is about 35lv one-way, the airfare is not that much greater for a forty-five-minute flight, making flying a very attractive option.
Easyjet flies to London Gatwick and Berlin Schoenfeld, but both flights are seasonal. As of this moment we know of no other routes planned to Varna.
Burgas Airport
Geographically the largest airport in Bulgaria, it is actually the third airport, by passenger numbers. Burgas serves the Southern Black Sea coast, particularly the large resort of Sunny Beach, which is located a few miles to the north. It is also the airport for Burgas itself and the seaside towns of Sozopol, Ahtopol, Sinemorets as well as the historic village of Nessebar, famous for its historic churches and ancient history.
Burgas Airport has flights to 126 destinations in thirty-one countries. Bulgaria Air has flights to Varna and Sofia all year round, as does Wizzair to London Luton. All other flights are seasonal, among the airlines offering seasonal flights are Aer Lingus to Dublin (this service stops on 16th September till the Spring) and Norwegian to London Gatwick (this service ends on 28th October till next Spring). Both routes are viable one-stop options from the U.S.A.
Conclusion
The regional airports of Bulgaria offer many viable flight options from the U.S.A., explore them with payless flights.
<< Back to News