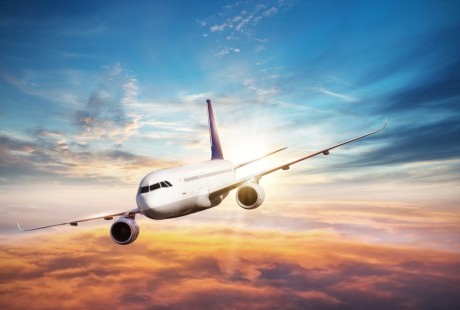 01/10/2017
SAFETY FIRST
Everyone in the travel industry is conscious about safety. We have to be, transporting millions of passengers every day by land sea and air we have a duty of care to our clients and must ensure that the highest standards are adhered to at all times.Here at http://www.paylessflights.com we are happy to publicise the latest safety news.
In order to meet those standards we have to demonstrate them, so it is welcome news that Qantas has once again been found to be the safest airline in the world. Qantas record is a remarkable one in itself having never suffered a fatality in the jet era.
AND AWARDS PROVE IT
This award is the fourth consecutive year that Qantas has occupied pole position among the world's 425 airlines that were monitored. Not bad for a 96-year-old airline !.
Only the top airline is singled out, but 20 other airlines are mentioned purely in alphabetical order.It comes as no surprise whatsoever that Air New Zealand features in this group, having already won Best Airline in the World and best customer care. Other large airlines also feature prominently; with British Airways, Cathay Pacific and United appearing, but EVA Air, Finnair, and Hawaiian also deserve mention.
For your information here is the full list in alphabetical order:
Air New Zealand, Alaska Airlines, All Nippon Airways, BA, Cathay Pacific, Delta, Etihad, EVA Air, Finnair, Hawaiian, Japan, KLM, Lufthansa, SAS, Singapore Airlines, Swiss, United, Virgin Atlantic and Virgin Australia.
Budget airlines are also recognized in their own category, with Irish carrier Aer Lingus and American low-cost specialist JetBlue featuring among them. we are glad to be working with these airlines http://www.paylessflights.com
The selection criteria were understandably rigorous.Key indicators included: crash and serious incident records, fleet age, profitability, fleet history and each airline's record of safety technology innovation, and audits from governments and governing bodies.
DAY IN DAY OUT SAFETY COMMITMENT
Of course, such plaudits are underpinned by day to day hard work that involves thousands of workers on the ground inspecting, checking and double-checking to ensure that safety is a top priority.
<< Back to News