Tenerife and the Canary Islands. The next big thing for US Tourists ? 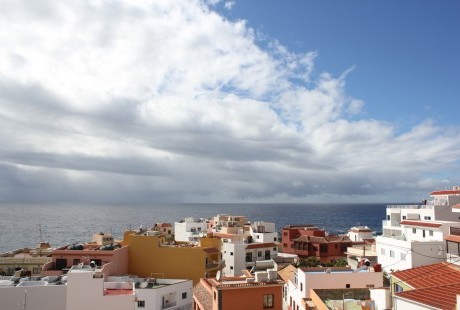 The Canary Islands wait to be discovered by U.S. tourists

Could the Canary Islands and its biggest Island, Tenerife be the next big thing for US Tourists ?. That is what travel industry insiders are seriously asking right now. Flights from the US have never been cheaper and the US Dollar is strong against the local currency (the Euro).


The usual tourist haunts such as Cancun, Mexico are a well-trodden path, and places such as Puerto Rico have been slow to take off. So people look for new places to explore and the beautiful Canary Islands must be near the top of that list.


Let's look at what Tenerife has to offer


Tenerife has modern facilities, is pretty much crime free and there are certainly no other issues. The climate is warm and sunny, all year round, and there are never any hurricanes.


Last year 6 million European tourists visited the island compared with only 20,000 US visitors. But things could be about to change.The Canary Islands have long been a mainstay of the UK Tourist industry with Brits forming the largest single group of visitors; every Brit has heard of Tenerife, Lanzarote, Gran Canaria or Fuerteventura. They are attracted by its all year round hot climate and facilities that cater for all ages. There are hundreds of nice restaurants across the Islands, super shopping facilities, and an excellent nightlife.And we have not even mentioned the miles of beaches, ranging from the main resorts to isolated places. Mount Teide, on Tenerife, is one of the most popular National Parks in the world, and the highest mountain in all of Spain.You can even visit active volcanoes (but don't worry the last time any one of them erupted, to any extent, was 2011).


Another unique thing about the Canaries is that the Islands are volcanic in origin so that some of the beaches have a dark color (though many are sandy), plus of course the long mountainous walks.It is also a fact that the Canaries is a part of Europe, but off the South coast of Morocco (62 miles from the mainland), with a humid sub-tropical climate.Average Temperatures range from 20C (70F) in January to 29C (84F) in August.www.paylessflights.com is keen to offer the best of up and coming resorts to its U.S. clients, and we really have a feeling about this new place on the American tourist map.


Cheap Flights to Tenerife are now available from just $470 return (from New York, flights from Chicago start from $991) and remember it is an all year destination. Please go to the search engine at www.paylessflights.com for the best flight/hotel deals.