Vienna surges as a tourist destination 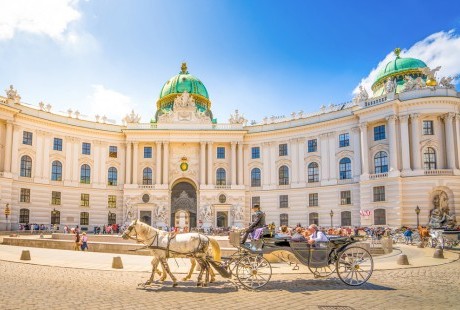 08/07/2017
Vienna bringing back the 19th century spirit
Famous throughout the ages, the Austrian capital, Vienna, has broken all tourism records, with nearly seven million bed spaces booked in the first half of 2017. Germans were the biggest customers with 1,420,000 nights booked, Austrians themselves with 1,360,000, U.S. tourists with 396,000, and Brits with 305,000 bookings. Of the other visitor nations, Chinese tourism was up a whopping 45% and Russians by 34%. The latter two are reflective of a general trend because of a burgeoning middle class in both nations.
Conferences
Vienna is also prominent in the conference and symposium circuit, accounting for an impressive 12% of overnight stays. Four thousand corporate events were held in the city last year (which is yet another record). There were 567,000 conference delegates in 2016. The meeting industry contributed over a billion Euros to the Austrian economy and more than 20,000 jobs, throughout the country.
Hotels
Vienna has 64,000 hotel rooms, and these figures reveal an occupancy rate of 69%, which is very healthy. The Viennese Tourist board has an annual target of 18 million stayovers, which it hopes to achieve by 2020. There are a wide range of hotels on offer from budget to five-star.
The Architecture of Vienna
Most visitors to Vienna come back with lasting memories, thrilled by its architectural beauty, especially the many palaces, and public gardens, reflecting the city's past Imperial glories. The Habsburgs are long gone, but they left a lasting legacy. The Hofburg and Schonbrunn Palaces are some of many remarkable structures to see. Located very close by, is the world famous Spanish Riding School to enjoy those beautiful Lipizzaner white horses. And there is the beautiful blue Danube for a boat trip or simply to see from the banks.
History of Vienna
Vienna is also the city of music and listening to some waltzes by Johann Strauss, or a Mozart concerto, allows the mind to wander through the capitals glorious history. There are also numerous art galleries with collections acquired over the centuries, including works by the renowned Viennese painter Gustav Klimt.The city of Vienna was at the center of art and culture in Europe, especially at the start of the twentieth century (the so-called Belle Epoque). In 1913, Lenin, Hitler, and Mussolini were all living in this city ( Hitler was, famously, rejected from art school here, as lacking in talent).
Flights to Vienna
For U.S. Tourists, the options to get to Vienna are expanding. Austrian Airlines is operating a direct flight from Los Angeles to Vienna in summer 2017. There are direct flights from New York (JFK and Newark), also by Austrian. Among other routes; there are direct flights from Miami and Chicago. Passengers from Boston can reach Vienna via connections in Zurich or Istanbul.
Getting to Vienna Airport
Vienna International Airport is situated eleven miles southeast of Vienna, and fifty-seven miles west of Bratislava, the Slovak capital. Vienna is a perfect place to do a fly drive around central Europe: for example, Budapest (Hungary), Prague (Czech Republic), and Munich (Bavaria, Germany). The journey to the city center by car should take twenty-five minutes in normal traffic. The train link to the city center takes sixteen minutes for a €4 fare. By bus there are three lines to various central destinations taking twenty-two minutes, and costs €8 one-way. Taking a taxi will cost you €35-40.
Check out payless flights for the best deals on all flights to Europe and beyond. Tickets get particularly expensive around August which is peak season, but many will wish to avoid this period as the heat can be unbearable. June and September may be a nice time to visit. For the skiers, Vienna may be your choice of airport for the Alps or the Tyrol, there is a regional airport at Graz which serves the south of the country.
<< Back to News