Who's Who in Bulgarian Tourism 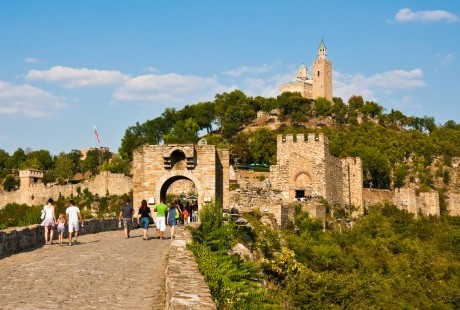 08/15/2017
Background
Bulgaria is rapidly growing as a tourism destination, and we have been given access to the latest available numbers on just how many people, and from what countries, are visiting this gem of a country, situated deep in the spirited Balkans.
The Scope of Bulgarian Tourism
Well, the first thing to observe is that the numbers are big and getting bigger. Historically the Bulgarian 'Red Riviera' was popular with countries in the former Eastern Bloc, and this attachment to the Black Sea has not abated. For instance, Russian visitors accounted for 589,000 visitors last year and Poles 388,000.
However, the biggest visitor numbers were from Romania with 1,743,000 tourists (up from 1,499,000 in 2015) this is a noticeable surge, particularly so since Romanian tourism in Bulgaria was negligible a decade ago. The next biggest group was Turkish visitors with 1,312,000 crossing the borders, but this can be largely explained by the fact that there are just under a million Turks living in Bulgaria and around 250,000 Bulgarian Turks living in Turkey.
Greeks are also becoming fond of Bulgaria; with 1,157,000 tourists (Bulgaria is cheaper than Greece as a holiday destination), and the Germans have a long love affair with Bulgaria, probably partly from the time of the former East Germany, and accounted for 1,003,000 visitors. The figures for the top ten tourist nations are all up considerably, with the rather strange exception of Serbia (which may be explained by a re-positioning of Serbian tour operators).
U.S.A.-Bulgaria Flights grow
Tourism from the U.S.A. is growing too, with 82,000 visitors last year. Many are young backpackers looking around Europe or students on Summer Break. And who can blame them as Bulgaria has many fascinating historical and ecological sites: from Monasteries to spectacular waterfalls, and a range of cheap accommodation for that limited budget: there are many guests houses, hostels and affordable hotels. There are many flights to Bulgaria from the U.S.A. from, for example, New York, Boston, Chicago, Los Angeles and Miami. For all the best U.S.A-Bulgaria flights payless flights are here to help you.
The only way is up!
Generally speaking, the Bulgarian Ministry of Tourism is upbeat, and they have every reason to be. The demise of North African holiday destinations, for reasons that are all too obvious, has meant that tourists (and more importantly tourism companies and airlines) are looking elsewhere, to destinations that are closer, safer and yet have similar climate profiles, Bulgaria fits the bill perfectly. Add on the fact that English, German and Russian are widely spoken, and the low cost of virtually everything in the Balkan nation, and you have all the cards stacked in Bulgaria's favor.
A great value destination
Bulgaria is Europes cheapest holiday destination; measured by a 'bread basket' of standard holiday goods such as food, drink, and beach items. The cost of spending on vacation is approximately half that of Spain. All of the large resorts (there are three: Albena, Golden Sands, and Sunny Beach) cater for absolutely everyone, and everything is within walking distance.
Spa Tourism
Bulgaria has a continental climate which means that it has hot summers and cold winters. In a way, this benefits the economy in that there is an important and profitable ski industry, but this is exclusively in the West and South-West of the country. The Bulgarian government now realizes that there is a high demand for Spa tourism. Bulgaria has many natural thermal springs in places like Haskovo in South Bulgaria, and outside the summer season, there is potential for tourists to take the waters and have other medical and non-medical treatments.
Culture
The cities of Plovdiv and Veliko Turnovo offer the best in cultural tourism, Plovdiv is the second oldest continually inhabited city in the world with a Roman Amphitheater, amongst many delights. Veliko Turnovo has the amazing Tsarevets Fortress.
Golf
The turn of the century has seen radical changes to Bulgarian sports tourism with the emergence of golf on the Bulgarian tourism map. There are now several courses: principally St Sofia in the capital and the major golf hub of Balchik, which has three courses: Black Sea Rama, The Lighthouse, and Thracian Cliffs. The game is attracting international attention to North-East Bulgaria, with golfers from all over the world coming to the Balkan nation for the first time. Varna airport is the closest to Balchik, and there are four flights a day from the capital Sofia.
Conclusion
Bulgaria is all set for a bright future, it has everything the visitor would want and the tourist numbers are increasing massively.
<< Back to News