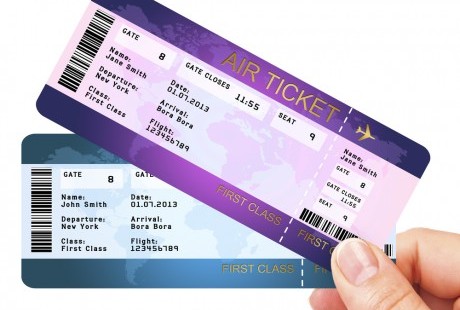 07/18/2017
Air Tickets and how to get the best value for your dollar
Introduction
The ticketing systems in the aviation world may seem a little complicated.Most customers just think regarding return tickets i.e. Getting from A to B and back. However, there may be better options, if you look a little more closely.
Fully refundable, fully flexible, and full fare tickets give you everything you want, but they are expensive, and people tend to avoid them for that very reason.
Is a Round Trip Ticket the best bet ?.
Round trip travel remains the safest option. If you purchase two single fares and especially with two separate airlines and one is canceled (for whatever reason) all of the burden is with you.A travel agent or an airline will not be disposed to help you. The same goes if you get bumped off your flight.
Similarly, if you want to make changes to your flights before your journey, you face two additional charges, not one.In the same vein, if you are bumped or the airlines cancel the flight it could be that your trip is not worth it and there is no ‘travel in vain’ refund in this eventuality.
Other advantages of round trip tickets (though not available with all airlines) are that one-way tickets do not allow stopovers. Also, most promotions or coupons require a round trip fare (for instance bonus miles).Generally speaking, round trip tickets are cheaper as this is the way most, indeed all, airlines structure their pricing systems.They want a passenger in that seat on both legs of the journey.Sometimes using two separate airlines for single fares (after a lot of online shopping) may work out cheaper, but with all the concerns expressed above.
On a less positive note for return fares, if you miss your flight for the outbound journey then due to the ‘no-show’ regulations you are highly unlikely to be refunded the return leg.There have also been cases where seats on return flights have been canceled because of no-show on the first leg, so even if you get another flight (even with the same airline), you had better check that there is still a reservation for you on the flight back.
Are one-way airline tickets the way forward ?.
One way airline tickets can cause other problems too. At Check-in, especially for international travel, some countries require proof of your return ticket (to show that you are not planning to over-run your visa time, or that you are covertly emigrating) the same applies at immigration and customs.
Round trip airline tickets could extend your holiday if your first leg was delayed.Some airlines will allow you to extend your holiday by maybe a few days, so you do not have to reduce your holiday time. Obviously, you do not get this with one-way tickets.Some travel websites will allow you to book two single tickets i.e. there and back, but the only advantage may be one credit card payment rather than two.
We must, of course, acknowledge that those one-way tickets fulfill a useful role for many people. It may be that you need to visit a sick relative or to work on an open-ended contract. Changes to round trip airline tickets in the event of the need to change return flights can be in the region of $50-150. It is best to shop around though as some airlines do not charge any extra fees.It is also worthwhile noting that several airlines limit round trip tickets to a thirty-day maximum.
Economics being what it is, if you have bought a one-way ticket early, you should also buy your return ticket in a timely fashion. The nearer the date of travel the more expensive airline tickets get (though this is not always the case we should treat it as a general rule).
Buying single tickets with the same airline may have some advantages in case anything goes wrong. However, this depends on the airline.Owners of airline loyalty cards may get treated in a more lenient manner in the event of cancellations or other problems with one-way or round trip tickets.
On another note, the purchase of last-minute one-way tickets at airport walk-on may cause problems at security.
What are the price differentials between single fares and round trip on the same routes ?.
It is a little complicated: basically, on many US routes, the single fare is half the round trip fare.However, on competitive routes (both domestically and international flights) very real savings can be made on booking two single fares. But please remember the risks involved.
We hope that we have provided a little clarity on a complex issue.
<< Back to Travel Tips