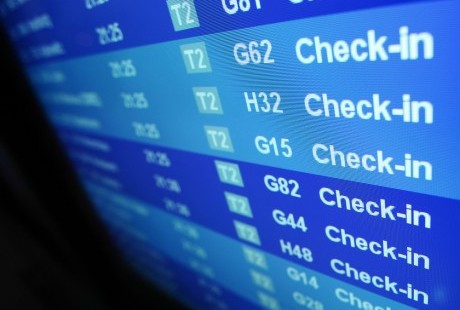 07/18/2017
Fare Manipulation and Cheap Flights
When to buy your air ticket is a regular question for frequent flyers, vacationers and business travelers alike.Many words have been written on the best days to buy airline tickets, the best days to travel (not Fridays and Mondays) even the amount of time before due travel date to book. There is some truth in all these statements.However here we discuss how airlines can try to manipulate fares and why it is not allowed.
There is a big difference between sophisticated sales systems and illegal practices on airline tickets. In a highly competitive market, illegal practices don’t work anyway; customers just go somewhere else.It has been suggested that ‘cookies’ are used to manipulate fare quotes, i.e., it reads what you are doing on the website and raises prices accordingly. There is no evidence for this.
How airline ticket systems really work.
Websites work on basic demand and supply principles: the more people searching/buying flights, the higher the price. Airlines charge more for air tickets in the summer and around public holidays because they can !.It is obvious that the per passenger cost is lowest when a plane is full, so the incentive is to sell tickets.
However, having said that the airlines would rather have a last minute business passenger than a passenger looking for a cheap ticket.In order for us to understand this concept, which is known as ‘Yield Management,'we have to get our heads round the seemingly contradictory aims of filling an airplane and sell as many high-value airline tickets as possible.
The World of ‘Buckets.'
Airlines have a range of tickets for sale, from premium/first/business class to the everyman ‘economy’. Which seat gets put in each Bucket is based on historical flight data.
This means, for example, that there will be no discounted seats at Thanksgiving. As the seats on the plane sell, seat prices are adjusted.If sales are slow, then more seats are moved to the discounted bucket which means falling seat prices. As the plane fills, it is likely though not certain that prices increase.Hence the general rule to book early. However, prices can fall if sales are slow at the last minute.Seat allocations into these ‘buckets’ may start about eight weeks before the flight date. This is not a good time to book as the discount buckets are generally empty.
It is only closer to the flight departure that cheaper seats appear, but two to three weeks before the flight prices go up. It is expected that in this period business travelers start to book. And business travelers are what airlines really want, people for whom the price of the airline ticket does not matter too much.
You may have been infuriated by the fact that yesterday your airline ticket was $100 cheaper, but to airlines, this is proof that sophisticated software in pricing systems are responding to what is going on in the specific market (of people wanting to travel on this flight). The answer is that if you see a flight that you regard as cheap, book it then and there. The fare you wanted has simply been moved to a more expensive ‘bucket.'
Maximizing  Revenue
Airline fare systems are designed to generate the maximum revenue for every seat.If you want a bargain, do not look too early or too late.Play the cheap flights game by the airline's rules. Top tips are that lowest fares are not even offered on certain days, so for obvious reasons, Tuesdays and Wednesdays are good value and, by the same token, holidays are not.
Some airlines have as many as seventy-seven prices, many of these prices will simply not be available when you want to travel, the airline knows that they do not need to offer them to fill the flight and maximize revenue. The more expensive the fare, the more seats will be on sale. And airlines just love big group bookings, such as football teams, getting such a booking means they can increase the price of seats.
Look out for sales
Air fares are first put on sale around a year before taking off. Sales often occur between one and four months from departure. And whether there is a sale or not, is dependent on advance bookings.Heavy advance bookings mean no sale.
There is no proof in the rumor that travel websites have software that picks up if you have been searching for the same flight more than once and therefore bumps up the price.
Conclusion
Like any good or service, the price depends on the demand.Our advice is to use this article to get the best price available.
<< Back to Travel Tips