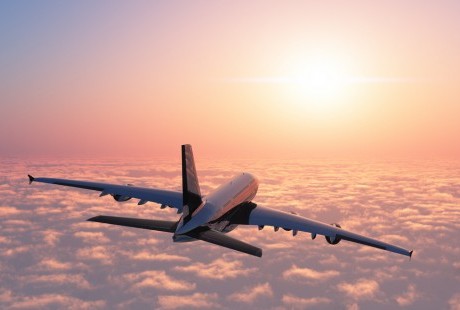 07/18/2017
Open Jaw and Multi-stop air tickets
As part of our series opening up the secrets of the world of airline tickets, we explore the world of ‘Open Jaw’ and Multi-stop airline tickets.
Let’s start with some definitions:
This is a little complicated, so read carefully.A normal return ticket is say, London-New York, then New York-London. With Open Jaw tickets different airports enter the travel equation.A Destination Open Jaw ticket is a ticket whereby the outward journey goes to one destination and the customer returns from a different one.For simplicities sake let’s illustrate the point.: A flight from New York to London, return flight from Paris to New York.
There are other permutations to this: for example London to New York and then Manchester to Washington DC (known as a Double Open Jaw) or New York-London then London-Atlanta (known as an Original Open Jaw).However, if you fly New York-London Heathrow and then London Gatwick-New York you are still flying to London so not Open Jaw. People often do this kind of journey for reasons of personal timetabling and/or cost.
What’s the point of Open Jaw ?.
Open Jaw airline tickets are very useful for certain kinds of traveler.Backpackers wander around their chosen region or continent, so it makes sense to start off in say Paris and then come back via Milan. You can go as far as you want and then go to a convenient airport rather than trek back to Paris.Fly-Drive enthusiasts are also fans of Open Jaw tickets. You simply fly into say Copenhagen spend a week driving round the Low Countries and Germany and fly back from Munich, depositing the car at the local hire car office.
Another example might be flying into London and taking the Eurostar train through the Channel Tunnel to Paris and then flying back from Brussels.For those going on Cruises, this is useful too as the boat departure port may be different to its final destination.
A key advantage is that Open Jaw tickets are cheaper than two single air tickets.Airlines tend to like Open Jaw tickets as a way of promoting routes so they may be cheaper than other options, but the wise traveler may want to factor in higher travel costs once on the ground. This may involve hotel accommodation too.
Multi-stop tickets
Let’s start this topic with some more definitions. An Open Jaw ticket involves three or more destinations forming a round-trip. Multi-Stop Tickets involve any number of destinations and do not necessarily end up at your original departure point.
Why would people want to do this?
We can think of several examples:
You live in New York and have been offered a job in Australia, and it starts in a month. This is a really good opportunity to see the world, so you might want to go to Vancouver-New Zealand-Bali-Perth-Brisbane before landing in Sydney.You are emigrating to the U.S.A from Germany. Your house is not ready for a few weeks, and your furniture will not be shipped over until then.Why not fly from Germany to London and from there go island hopping in the Caribbean, ending up in your final destination, New York.
You are a businessman on a sales tour. You are currently in New York, but you need to get to Paris-Dusseldorf-Berlin before ending up in Warsaw at head office for an indefinite period.Obviously, this may be with more than one airline, and as it is multi-stop, the dangers of flight cancelation or delay mean that your schedule could be severely disrupted.Tricky connections and lost or misplaced luggage must be factored in too.
Top Tip with Multi-stop flights is always check the airport codes.
Several cities have multiple airports, and some are called, for instance ‘London,' but are in fact some distance away from the U.K. Capital.Generally speaking, Multi-stop tickets are cheaper than a series of one-ways.Please be aware that some airlines do not sell Multi-stop tickets, just a series of single air tickets.
Round the World Tickets
These can benefit those planning to be away as much as a year and covers between three and twenty destinations.
<< Back to Travel Tips