Krakow's main city gate, Brama Florianska, was made insurmountable in the beginning of the XVIth century thanks to Europe's mightiest barbican. The structure is the mightiest city fortification of it's time. 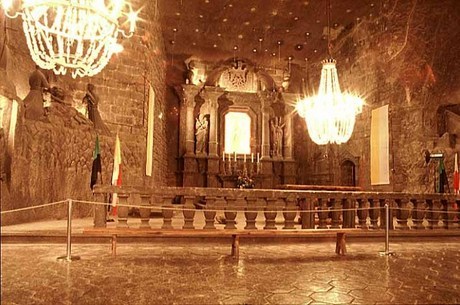 The Wieliczka Salt Mine

The Wieliczka Salt Mine was the oldest and the biggest salt mine in Europe. Now it is a gallery,  a museum and a cathedral. 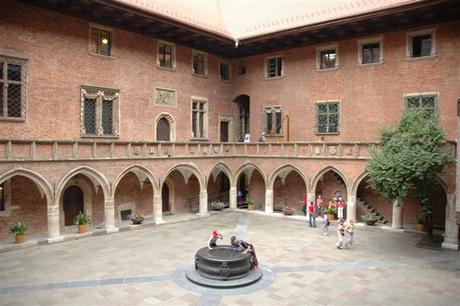 The Museum of the Jagiellonian University in the Collegium Maius shows the history of the oldest and the most reputable University in Poland. 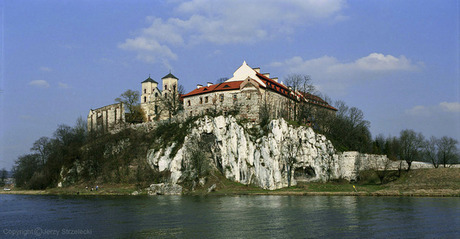 The spectacular Benedictine abbey in Tyniec upon the riverbank on the western outskirts of today’s Krakow, some twelve kilometers upstream from the Wawel Royal Castle, boasts glorious and dramatic history of nearly 1000 years rich in eventful episodes. 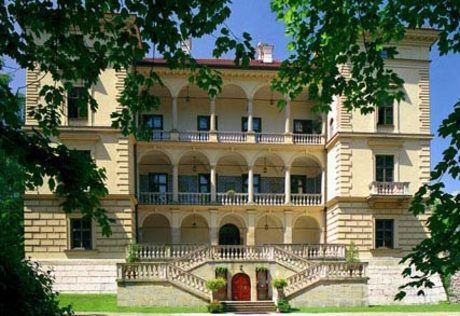 Krakow’s Villa Decius (Willa Deciusza), the Renaissance mansion built around 1530 for a powerful secretary of King Sigismund I the Old, is one of Poland’s best palatial suburban residences. Its first owner was one of the leading lights of the 16th-century Polish ‘Golden Age’. 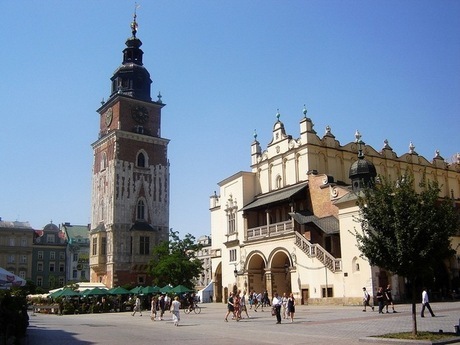 The city of Krakow has its own leaning tower. 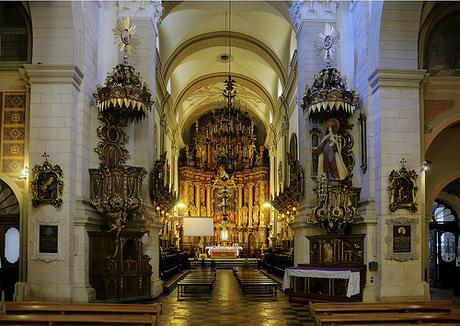 Church of the Virgin Mary

The basilica of the Virgin Mary's (or Kosciol Mariacki) at Krakow’s central Grand Square has been traditionally the temple of choice of the city’s burghers. It also seems to be the most famous of all Poland's churches. 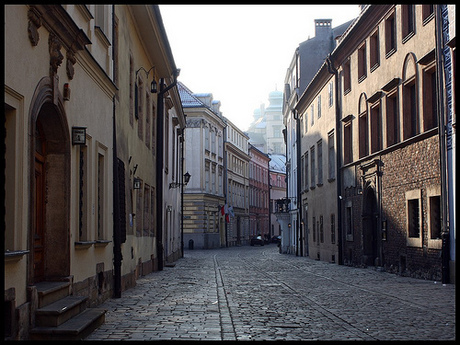 The picturesque Kanonicza Street ends just at the foot of the hilltop Wawel Royal Castle and used to constitute the last and most glorious part of the Royal Road, Krakow’s ceremonial route leading from the main city gate to the central square to the Royal Castle. 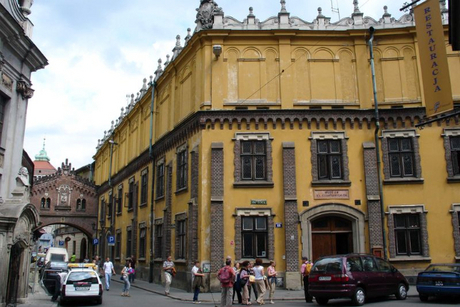 The Czartoryski Museum and Library located in Kraków, Poland, was founded in Puławy in 1796 by Princess Izabela Czartoryska